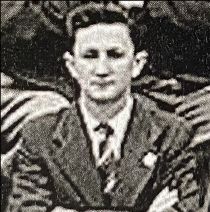 MERVYN DAMELIN General Practitioner and Hospital Medical Superintendent
Mervyn was born in Johannesburg on 10 May 1937. He attended Fairmount Primary School where, in addition to being one of the brightest pupils, he excelled at sport. His sporting and academic ability was evident at Highlands North. In addition to playing for the cricket and rugby teams and winning races on the athletic track, he was a crack shot. He, like four of the other boys who went to medical school, was a prefect. Mervyn lived in Rouxville, a small suburb adjacent to Highlands North and across the road from the Sydenham-Highlands North Synagogue. Many of his Fairmount and Highlands North High school friends enjoyed the hospitality of Mervyn and his family, while their parents thought they were at the Hebrew School during the week and at the Synagogue on Saturdays. Mervyn had two younger brothers, one of whom also became a medical student at Wits. He used to roll up his eyes when asked whether his father was the head of the well-known private intensive school, Damelin College. The proprietor was in fact his uncle. At Medical School Mervyn and I (Gary Katz) were Anatomy and Pathology partners I second year. Mervyn had to repeat third year- so he graduated in 1961 with Ivan Samson and Peter Soldin. Mervyn married Trudy Hotz in December 1960. After completing his house jobs, he practised as a General Practitioner in Mafeking. He subsequently moved back to Johannesburg, where he was the Medical Superintendent of Edenvale Hospital. After retiring, he emigrated to Sydney to join his children and grandchildren. Sadly, he died in Australia in July 2012. Mervyn Damelin MB BCh (Rand) Practiced as a GP in Mafeking and Hospital superintendent in Johannesburg – Died in Sydney, Australia 2012 Biography supplied by Gary Katz
WitsUSA